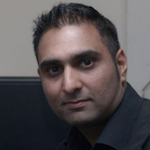 Zulfiqar Choudhry is the Principal for Raindance Educational Services.  He is also responsible for maintaining academic standards and developing the core academic content of the courses. 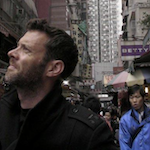 Justin Shevlin originally trained as an actor at the Webber Douglas Academy of Dramatic Art (now Central School of Speech and Drama) and upon graduation joined the Royal Shakespeare Company under the Artistic Directorship of Adrian Noble.  Justin is a freelance filmmaker and has directed short films, music videos, as well as adverts and corporate films for the advertising agency Blueprint-London. 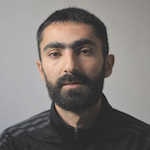 Ufuk is a filmmaker, freelance videographer, and lecturer/course leader on the HND filmmaking. Specialising in cinematography and editing, he has 15 years of industry experience and has been involved with short and feature film projects, filmmaking events, corporate and music videos, and has also created an interactive installation for a museum exhibition. He was also the digital manager for the 2021 Raindance Film Festival. 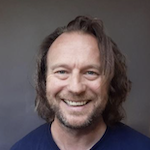 Myles Horgan is a London based independent filmmaker, writer, actor, and educator. He holds an MA in Actor Training and Coaching (RCSSD) a Dip in Theatre Practice (TCD) and is a Certified Teacher in the Sanford Meisner Technique (TAI). He is also a member of MICHA and the M.C (UK) Collective. He is a professional actor with over 25 years television, film, and theatre credits, with highlights that include, ‘The Wind that Shakes the Barley ‘(Palme d’Or), ‘Paddy’ (Best Short Galway Film Festival), and ‘Custards Last Stand’ (Bafta). 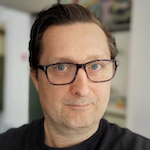 Robert Dee has a Masters in Filmmaking and 20 years professional experience. After a brief period in journalism working for Bizarre magazine and Fortean Times he worked for five years at award-winning post-production house, Smoke and Mirrors as the in-house editor before moving to Amsterdam to work as an AV director for global ad agency ADK. Since 2008 he has worked freelance creating online content and established a short film group, overseeing the production of thirty short films. His current short, The Devil’s Harvest, has shown in festivals worldwide and he is currently developing a couple of psychological horror features, a supernatural tv series and a western. He loves horror and the uncanny. 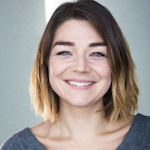 Sophie is an actor, writer, director, and casting assistant. Theatre credits include the award-winning plays Clean (Different Theatre) and Necessity (Broken Silence Theatre). She has appeared in numerous short films, commercials, and the upcoming feature film Charlotte. Her self-penned TV pilot Foiled in which she plays the leading role is currently in post-production. Casting credits include award winning feature Perfect 10 by Eva Riley (currently available on BBC iPlayer). She has taught acting for screen and stage at the Academy of Creative Training for eight years. 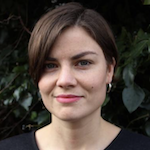 Ana Muether is a London based writer/director/producer originally from Germany where she started her journey at a local TV channel. There she produced TV shows ranging from short documentaries, children, and youth talk shows to different concepts of live shows. Eventually, she got involved with the educational organisation Youth4Media, for which she became a media trainer and taught young people at international events in Germany, Armenia, and Turkey to create their own media content. Wanting to get into fiction, Ana enrolled at Raindance Film School in 2017 with a focus on screenwriting and directing, where she wrote, directed, and produced a number of short films. 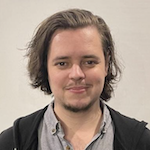 Josh is a filmmaker with experiences in screenwriting and directing. He has recently completed the MA in filmmaking with Raindance. He teaches  Film Studies, Screenwriting, Creative Media Industry and Professional Practices. 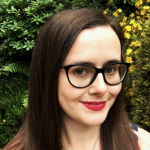 Nominated for the Screen International Rising Horror Star Award. Kate Shenton is a London based writer and director in the horror genre. Her feature film Egomaniac had its World Premiere Fright Fest and went onto screen at festival is all around the world including BIFFF and Dublin Horror. Her shorts (Gimp, Bon Appetite and Send in the Clowns) have screened at over 80 International film festivals including Fright Fest, Raindance, Slamdance and Encounters.  Recently she has released the first season of her web series Netflix and Kill.  She also had a number of television projects in development.