Located in a three-storey villa in Dubai’s Jumeirah 1 neighborhood, Raindance Film School Dubai offers students two large, soundproof studio rooms for practical acting and filmmaking classes, an editing suite and additional classrooms and study areas for private study.  There is a student lounge and private study area on the third floor, where students can also have access to the roof terrace, offering breathtaking views of the Burj Khalifa, the Dubai Frame, and the Gevora.  The terrace is also used as an outdoor filming space for practical activities.

Studying film in a dynamic city like Dubai gives you access to a huge variety of people and cultures from which to gain inspiration! What’s more, you get all of the perks you can expect from being a Raindance student, learning from active professionals in the industry and designing your course of study. We’ll give you the equipment and the know-how to let your filmmaking career take shape. 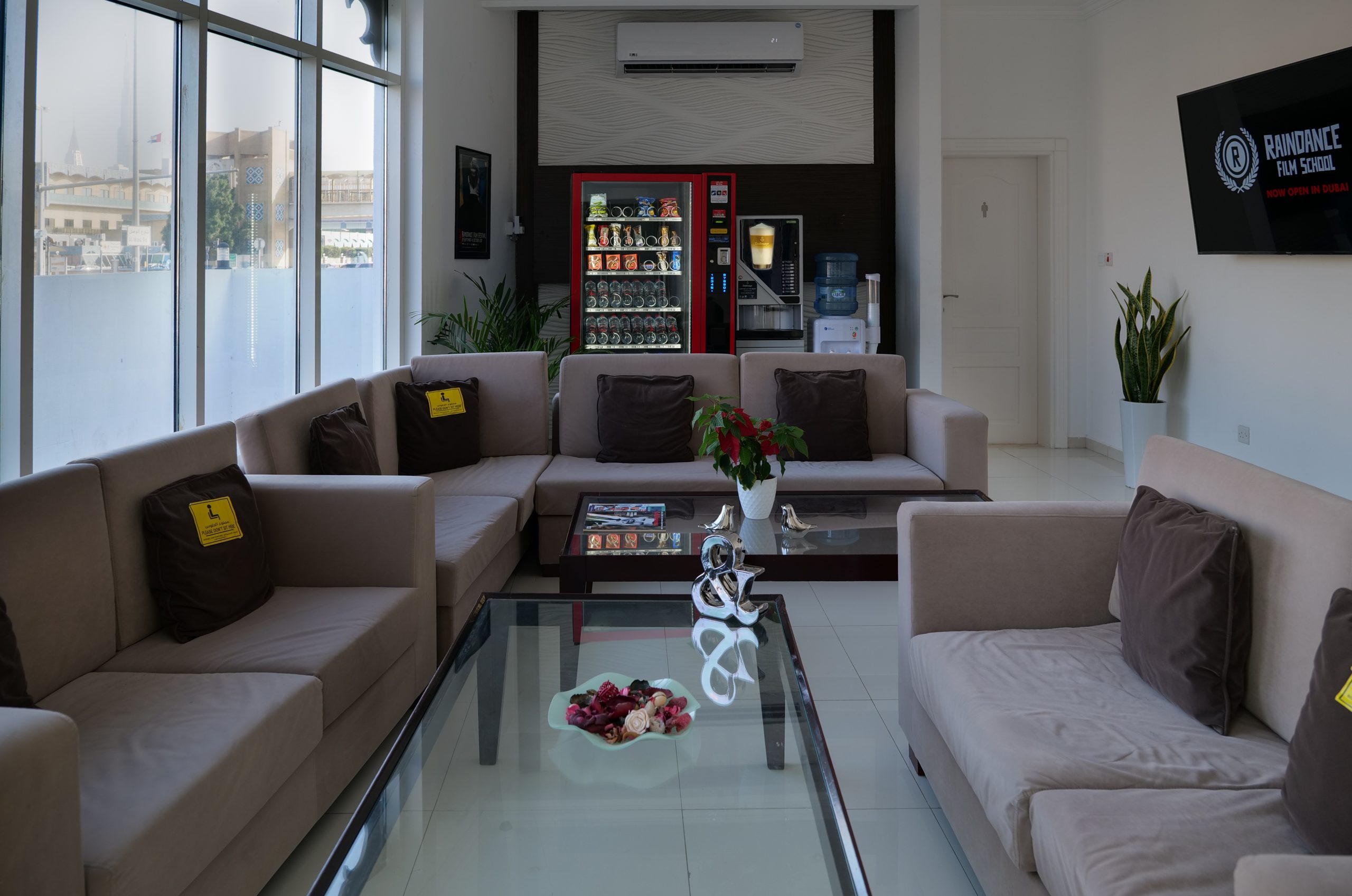 The film school and the workshops and the talks are one of the heartbeats of the Raindance that I admire so much.

Jude Law
Like what you're seeing? Apply now!
Need answers? Book a consultation